Banca Transilvaniaintends to acquire 100% of the share capital of Microinvest, a company specialized on the financing of small businesses, the leader of the non-banking financing market in the Republic of Moldova. Microinvest has built over time a solid position on the microfinancing market and [...]Details

BT, in top 10 most valuable companies in Romania Omer Tetik, BT CEO: We are a product of Romania

Banca Transilvania is one of the most valuable companies in Romania, according to the survey published by Ziarul Financiar. On the occasion of the ranking release, the newspaper organized in Bucharest, on the 21st of November,The ZF 21st Anniversary Gala: 30 years of capitalism, 30 years of business [...]Details

BT Financial Results as at September 30, 2019 Banca Transilvania - solid growth, both in terms of services and lending

Banca Transilvania continued, during the third quarter of 2019, to be an active supporter of the Romanian economy, the entrepreneurs and the population. The bank recorded a solid growth in lending, with over 60,000 loans granted during this quarter. The number of operations performed through the [...]Details

Banking through phone for entrepreneurs, through BT Visual Help

Banca Transilvania Financial Group extends its financial services for its over 3 million clients through an investment in the area of privately managed pensions: BT Asset Management S.A.I. (BTAM) and BT Investments purchased 100% of Certinvest Pensii. Certinvest Pensii, the only local player among [...]Details

10 options of self-banking from Banca Transilvania

The clients of Banca Transilvania have 10 self-banking options available for the main banking operations. Money can be managed by means of applications, internet banking, mobile banking, chatbots and multifunction ATMs. All these alternatives simplify the relationship with the bank, as concerns both [...]Details

Infographic: BT Financial results for the first half of year 2019 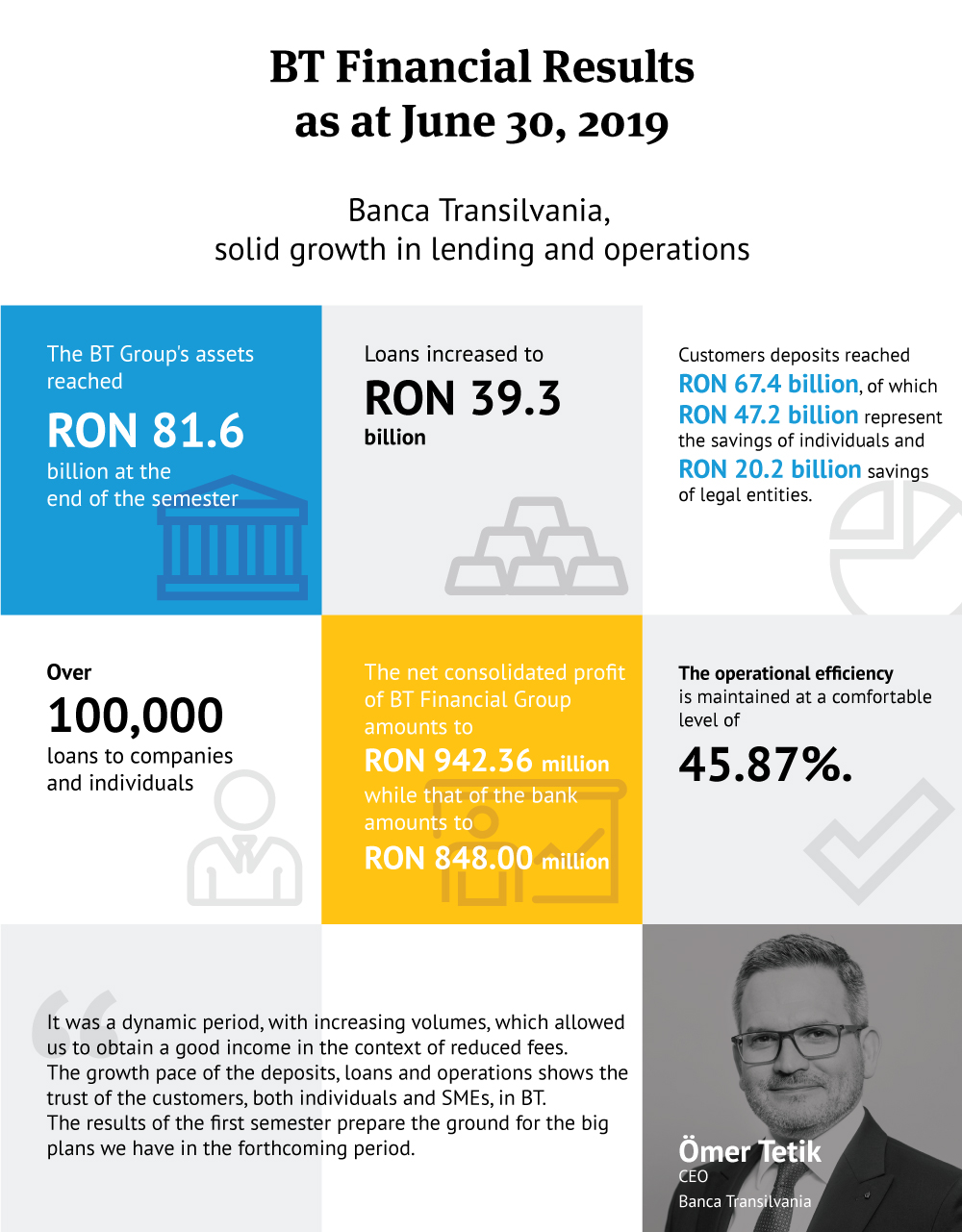 Banca Transilvania continued to support during the first semester of 2019 the Romanian economy, the entrepreneurs and the population, at the same time being a leader in terms of digitalization and customer experience. BT has 64.07% Romanian capital, among which over 30,000 individuals direct shareholders [...]Details